Why Is Manchester The UK’s Top Regional ‘Tech City’?

Manchester has reclaimed its historical status as a cradle of innovation, and it’s down to so much more than investment… 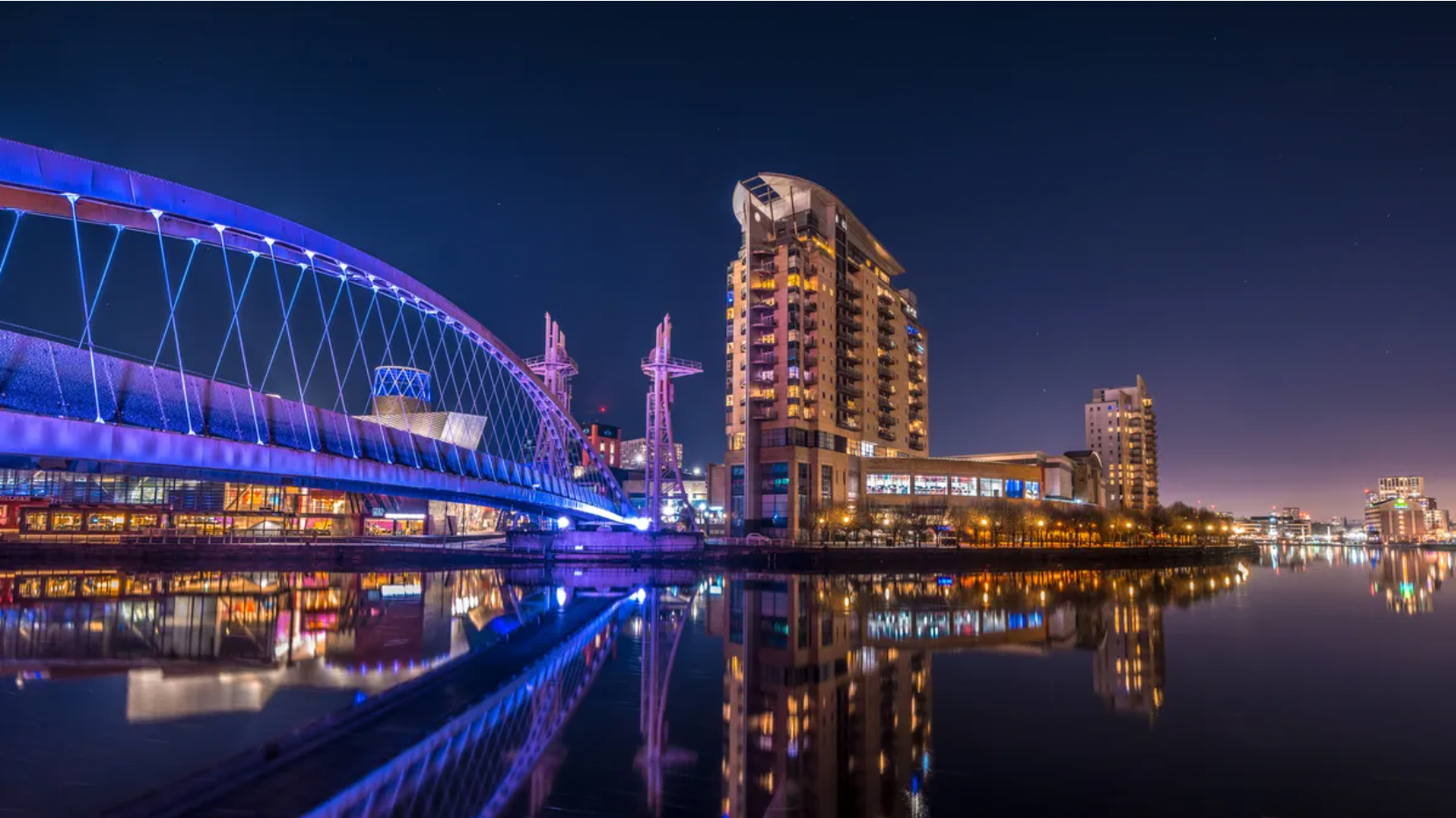 When the BBC opened the doors to its new home in Salford in 2011, it set off a new wave of enterprise in Greater Manchester. A KPMG report found that in the ten years following the broadcaster’s arrival in the regenerated Manchester Docks, the number of local digital and creative companies increased by 70 percent, more than doubling the number of jobs in those sectors. But although it was a notable inflection point, it was also a natural step in a wider story. Since the mid-1990s, Manchester has been undergoing an extraordinary reinvention. It has transitioned not only into a thriving post-industrial economy, but one that has reclaimed the city’s historical status as a cradle of innovation.

This year, the UK Tech Cities report, published by real estate advisor CBRE, judged it to be the number one regional “tech city”. While the Manchester business scene represents a multitude of sectors, and includes the European HQs for the likes of Kellogg’s, Adidas and the Co-Operative Group, the area’s innovative bearing is reflected in WIRED’s Trailblazer programme.

This initiative, in partnership with HSBC UK, celebrates the small to medium-sized companies who are focussed on tackling some of the world’s biggest challenges. The chosen North West Trailblazers, the majority of which are headquartered in Manchester, are just some of the many exciting businesses across the region, and are all harnessing technology in different ways. Take ME Litigation Funding, whose underwriting platform aims to ease consumer access to legal dispute resolution, or Sourceful, a supply chain disruptor helping businesses identify and slash the hidden carbon footprint of their packaging.

So, what is it about the North West that has helped enable success?

“We are able to attract the right talent and we can expand without fearing that talent will be in short supply,” says Rob Cooper, CEO and co-founder of ME Litigation Funding. “Ultimately, we are a fintech company – we need skilled developers and credit expertise.” The North West has developed a strong track record for fintech, meaning that so many people with relevant skills gravitate towards the area. Manchester itself is a wellspring of talent thanks to Manchester, Salford and Liverpool Universities. For Bill Holmes, founder and CEO of Radius, one of the UK’s fastest growing business services firms, this access to top-tier talent should not be underestimated. ‘‘As our business has evolved over the past 30 years, from supplying fuel cards above a hairdressers in Holmes Chapel, to becoming a global leader in mobility and connectivity solutions, the need for top tech talent has grown. We rely heavily on the graduates of our nearby universities to supply this.’’

ME Litigation Funding’s Cooper says that, crucially, the city is also a home-from-home for another essential group: top-flight venture capitalists. “Manchester is one of two locations, the other being London, that can offer international investors what they need in terms of good transport links.” Every day, Manchester has 16 non-stop flights from New York alone; and according to Tech Nation, between 2020 and 2021 the city saw a 63 percent increase in tech investment.

Despite the influx of money, Manchester is also a comparatively low-cost city, which holds obvious appeal for business owners. “Affordability is key,” says Ian Jenks, chairman and CEO of semiconductor manufacturer SmartKem. “Manchester is an affordable place to build manufacturing, hire extraordinary talent and live.” For companies looking to stay lean and optimise for R&D, those kinds of savings are a boon.

SmartKem’s proposition, for example, hinges on their semiconductor innovations. SmartKem’s technology uses alternative materials to silicon – specifically, organic inks – which can help electronics manufacturers create a more robust, cost-effective supply chain. Jenks puts it simply: “Working on things that can change the world really excites me.” Jason Trigg, HSBC UK’s Head of Corporate for Greater Manchester & Lancashire, recognises the critical importance of firms such as SmartKem to the region and the UK at large. ‘‘At a time when the world is weathering a microchip shortage, endeavours to develop the UK’s intellectual property in that area are especially important. The North West is producing companies and innovations with enormous potential, and this should be celebrated and supported.’’

While the past three decades have been transformative for Manchester, one thing has remained constant: its industriousness. One of the city’s best-known symbols is the worker bee, an emblem of Mancunians’ work ethic, which was incorporated into its coat of arms in 1842 when Manchester was the beating heart of the industrial revolution. Its longstanding reputation as a centre of enterprise is reflected in the raft of long standing businesses that were founded long ago. Take schoolwear manufacturer One+All, which started life in 1935 as a family-run clothing company. Displaying the spirit of resilience that characterises so many legacy companies in the area, its tale is one of adaptation. Today, it not only runs an e-commerce operation but is also a flagbearer for good environmental, social, and corporate governance (ESG). “We are one of only 20 companies in the UK to be Living Hours accredited,” says company chair Donald Moore, in reference to a standard for fair treatment of workers. “We put our people first and our shareholders last, which sounds crazy but it works – having a purpose attracts great talent.” The certified B Corporation – a mark that recognises “social and environmental performance” – uses recycled polyester in its products, generates energy from photovoltaic solar systems and recycles 95 percent of its waste, making it one of the most sustainable school wear providers in the country.

Reflecting on how Manchester itself has contributed to the success of his operation, Moore points to one of the city’s most important but least measurable assets. The era of Madchester, of The Haçienda, may be a distant memory, but the place still has cultural cachet in spades. “The region has done a lot to promote tech and tech investment but ultimately it is a place where people want to come,” he says. “There is great infrastructure and affordability but, as a region and a city, there is also that cool factor. Manchester has a very specific vibe.”